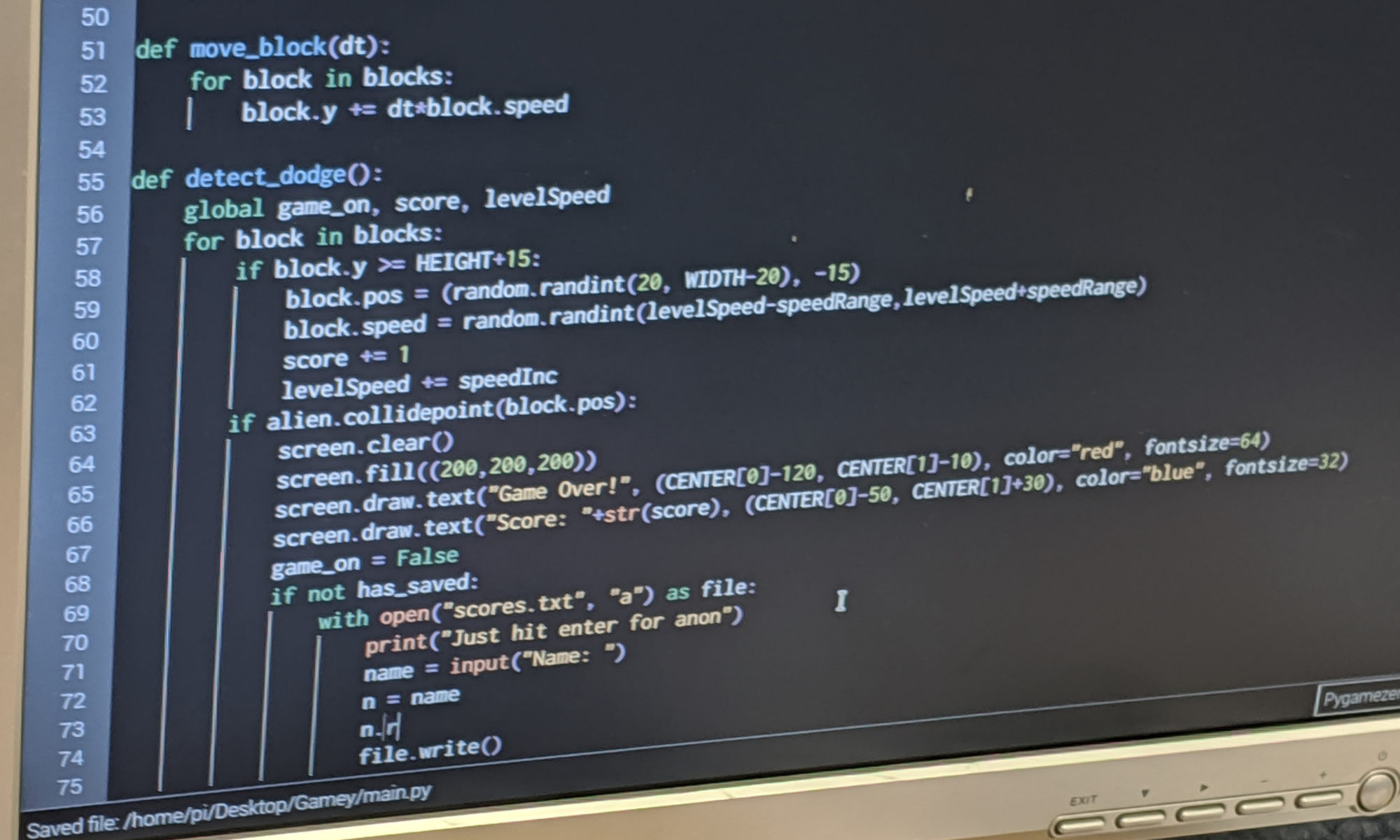 On Saturday 13th July 2019, Hull Central Library hosted the 17th Hull Raspberry Jam. The focus of this Jam was the “Two Button Challenge”; a challenge that was set by Matt from Leeds on 12th June after a Code Club session he ran. You can read about the original challenge in his Twitter feed below:

Ok. So I want to try and start a thing

I then had them create @scratch projects they could use them with.

So the #TwoButtonChallenge was born!

We thought it would be a nice focus for our Hull Jam, so we prepared two worksheets showing the basics of creating a two button game in both Scratch 2 and Pygame Zero. Participants were then invited to make these games their own, or, come up with something entirely of their own making…they did not disappoint!

Rob Miles came prepared with his own, two-button game-box; comprising of a Raspberry Pi Zero, two arcade buttons and many lovely NeoPixels! The premise of the game was simple; look at all of the lights and decide, within three seconds, if there were more red or more blue lights; pressing the corresponding button. However, the further you went with game, the harder it got… For me, as soon as the lights started scrolling around the box, that was ‘game over’! You can see some images of Rob’s game below:

We also saw a number of great Scratch games being created; we had a “Dodge the Footballs” game and a festive themed “Rudolph, Dodging: Presents; Christmas Puddings; and Brussels Sprouts” game, too!

There were plenty of great Pygame Zero games made, with lots of adaptation and imagination being applied. We were particularly impressed with the score board adaptation and the addition of laser-blaster power-ups!

This was a great Jam to finish with before our summer break. We will see you all back for the next Jam in September – dates to follow soon!